A Third of UK Graduates Are Overqualified

With university students across the country now, or soon to be, taking their exams, many will be looking ahead for when they enter the job market. The hope that many graduates have is that they will be able to find a job that allows them to use their degree.

Unfortunately, this often isn’t the case with The Week reporting that a third of UK graduates are over qualified for their job.

The number of overqualified graduates has been steadily increasing for a long time with the figure at 22% in 1992 and 34% in 2007.

Current figures from the Office of National Statistics (ONS) show that “London had the highest proportion of overeducated workers in the UK”. Graduates from an art and humanities background are the most likely to be under-utilising their education. This is despite the fact that UCAS reports that 78% of graduates now achieve a first or a 2:1. With more students going to university than ever before and getting higher grades, the issue of overqualification is only going to increase.

So what does this mean for graduates who aren’t using their education to the best of their ability? A study published on the Metro explains how employees that are overqualified for their jobs are more likely to experience ‘psychological strain’. Workers who feel they aren’t using their qualifications can feel deprived and undervalued. This, in the long run, is detrimental to the workers’ mental wellbeing and can cause a decrease in overall productivity. Workers who spent time underemployed are also more likely to earn less than their peers, even after finding a job that fits their academic credentials. This is because they will have started much later.

Are University Degrees Still Worth It?

The answer is yes. The Department for Education published statistics which show that graduates are still paid 30% more, on average, than those who don’t have a degree. It’s also worth noting that most employers require a degree as a bare minimum when applying for a job. Not having a degree puts prospective job seekers at a much greater disadvantage.

The State of the Job Market

While a third of students are overqualified for their job, the good news is that the UK labour market is currently strong. The ONS reported that unemployment fell to a low of 3.9% between January and March this year. However, there are still many factors that could change that figure with the economic calendar on FXCM showing high volatility for the ILO Unemployment Rate. Much of this is partly due to the ambiguity over Brexit and its potential effects on the job market. Graduates need to be aware that the job market could change and get a lot worse in the near future. This is something they need to take into consideration when applying for jobs.

With record-high student enrolment figures in universities this year, coupled with progressively competitive industries, this issue is unlikely to go away anytime soon. While it may make for hard reading, this is a reality that graduates have to face. 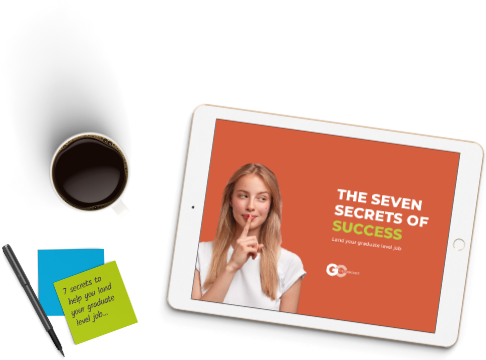